‍In December of 2009 Ram Jack West was contacted by a local contractor in Otter Rock, Oregon to support concrete stair landings that allows beach access for condominium complex residents. The fear was that an ongoing erosion issue would potentially jeopardize the staircase’s integrity, not allowing beach front access. The concrete stair landing had originally been constructed with another deep foundation system. However, there were concerns about the lateral stability of the existing foundation system as the potential of future erosion existed.

‍Due to the steep incline and sensitive environment, the site did not allow for heavy equipment access. Because of this, the project engineer originally specified galvanized pipe piles installed with an eighty-pound vibratory hammer. Ram Jack West suggested the use of Ram Jack’s 2 7/8” diameter driven pile with an extended external sleeve to increase the pile’s lateral strength even more. The project engineer found this to be a superior alternative to the vibratory piles due to the ability to install the piles to a higher load bearing capacity (20,000 lbs. ultimate).

‍Ram Jack driven steel piles can be installed with hand carried hydraulics making it ideal for power and strength even in the tightest of working conditions. Ram Jack West was able to install four driven piles in a single day supporting the concrete landings. The bottom two pictures on the left were taken one year after Ram Jack driven piles were installed. As can be seen, the concerns of future erosion were accurate and the piles are performing as intended. When strength and support are needed most, more engineers turn to Ram Jack West. 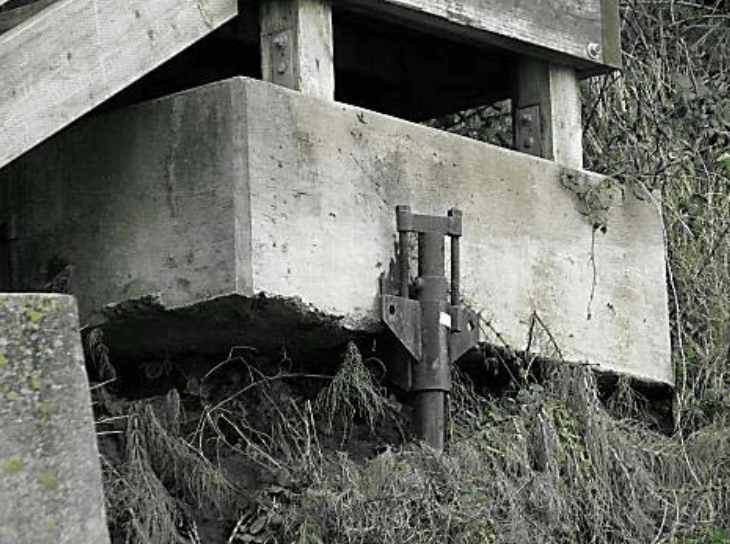 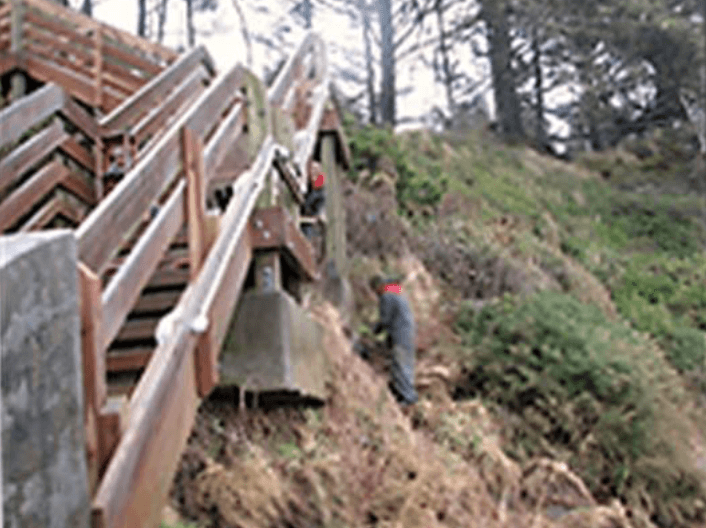 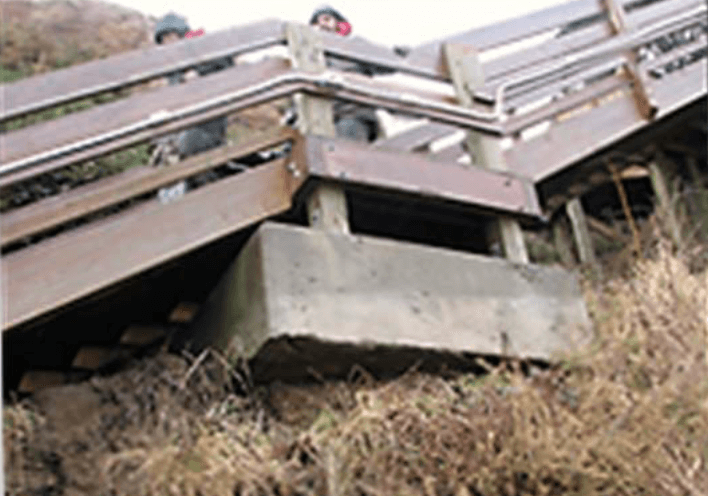